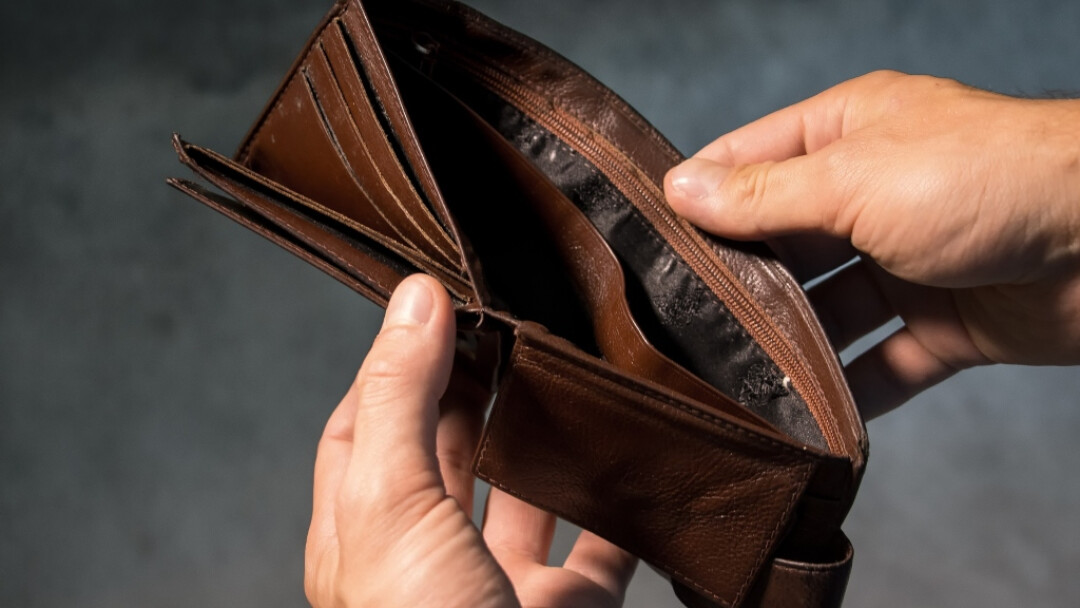 By James Poirier of The Blue Mountains, Ontario, Canada

Then Jesus said to the disciples, “There was a rich man who had a manager, and charges were brought to him that this man was squandering his property. So he summoned him and said to him, ‘What is this that I hear about you? Give me an accounting of your management, because you cannot be my manager any longer.’ Then the manager said to himself, ‘What will I do, now that my master is taking the position away from me? I am not strong enough to dig, and I am ashamed to beg. I have decided what to do so that, when I am dismissed as manager, people may welcome me into their homes.’ So, summoning his master's debtors one by one, he asked the first, ‘How much do you owe my master?’ He answered, ‘A hundred jugs of olive oil.’ He said to him, ‘Take your bill, sit down quickly, and make it fifty.’ Then he asked another, ‘And how much do you owe?’ He replied, ‘A hundred containers of wheat.’ He said to him, ‘Take your bill and make it eighty.’ And his master commended the dishonest manager because he had acted shrewdly; for the children of this age are more shrewd in dealing with their own generation than are the children of light. And I tell you, make friends for yourselves by means of dishonest wealth so that when it is gone, they may welcome you into the eternal homes.
“Whoever is faithful in a very little is faithful also in much; and whoever is dishonest in a very little is dishonest also in much. If then you have not been faithful with the dishonest wealth, who will entrust to you the true riches? And if you have not been faithful with what belongs to another, who will give you what is your own? No slave can serve two masters; for a slave will either hate the one and love the other, or be devoted to the one and despise the other. You cannot serve God and wealth.

Today’s text contains one of two parables in Luke 16 that begin with, “There was a rich man.” The chapter is devoted to Jesus’s teachings about possessions, a theme often found in Luke. This parable was addressed to the Pharisees who were referred to later in the chapter as “lovers of money.” Jesus implied they regarded prosperity as God’s reward for righteousness (Deuteronomy 27—28). It was also addressed to the disciples who could learn from the actions of the dishonest steward.

In this parable, the master discovers the wastefulness of the manager who was in charge of some of his holdings. He asks him to account for his actions. When the manager sees he will be punished for his actions, he shrewdly develops a plan to reduce the debts of those who owe the master money. He does this to win their favor should he be released from his duties by the manager. The manager buys goodwill for the future.

This raises some interesting scenarios. Was he cheating the master by reducing the debts owed to him? Was he simply reducing the debt by the interest, which was forbidden in Deuteronomy 23:19–20? Or was he reducing the debt in the amount of the commission he would have earned? This speculation could lead to various interpretations of the parable. Whatever the reason, the master on hearing of the manager’s resourcefulness, praises him.

Jesus urges his hearers to cast caution aside, seize the moment of opportunity, and provide for the future with God. Being faithful over what God has entrusted to us is more important than all earthly wealth.

This text might be uncharacteristic of your impressions of a loving and generous God. How do you make sense of that in terms of the message to the wealthy?

Lord, let my words and actions help to bring justice and peace today.

Read and reflect on Doctrine and Covenants 162:3b and 163:2b. Pray to be aware of people who might be receptive, and therefore blessed, by your sharing of the message of the Living Christ. Imagine being in relationship with them and inviting them to Christ. In preparation, discover your personal testimony of Christ. “Be persistent in your witness and diligent in your mission to the world.” Repeat this phrase throughout the day: “Christ’s mission, our mission, my mission.”