From the Potter's Hands

From the Potter's Hands 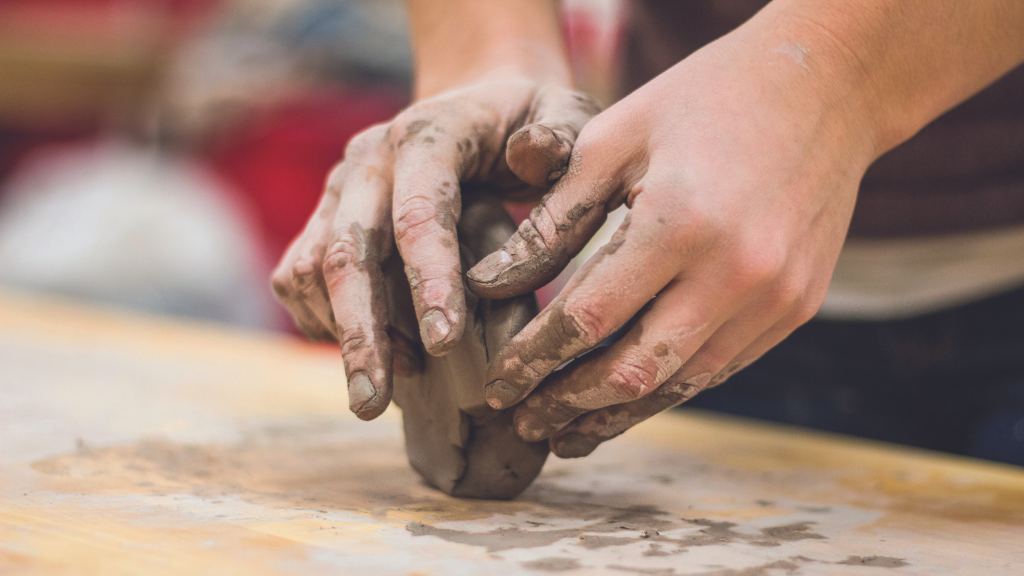 Just like the clay in the potter’s hand, so are you in my hand…

The youth gathering known as Spectacular many times has offered ceramics as a class. It has been my privilege to be friends with the teacher, Jim Olson, who has taught me to work with clay creatively.

It has been enticing to watch Jim’s skilled hands create beautiful bowls, mugs, and other useful items. Each creation is a work of art—and more. They can hold vegetables, fruit, drinks, and other life-sustaining items.

We are formed to help others, to feed the hungry physically and spiritually. We are formed by God to be vessels.

Jeremiah learned that lesson when he went to the potter’s house and watched him take a lump of clay and form a useful pot. But the lesson also relayed that if the pot weren’t formed properly, the potter would destroy it and do it again with additional clay. Many times I’ve watched Jim discard what to me looked like a well-formed pot, but it wasn’t in Jim’s eyes. He would take the wet clay and fold it into a ball to be formed again into a useful pot.

Such imagery caused Jeremiah to understand what God was saying. God formed Jeremiah to be the messenger to tell the people of Israel so they also could be formed. They could be useful and serve God. But if they did not, they would need to be reformed.

I invite you to consider how God’s potter hand has formed us into clay vessels of spirit and service. Will you be a beautiful and useful vessel?