Feeling the Heartbeat of Christmas

Feeling the Heartbeat of Christmas 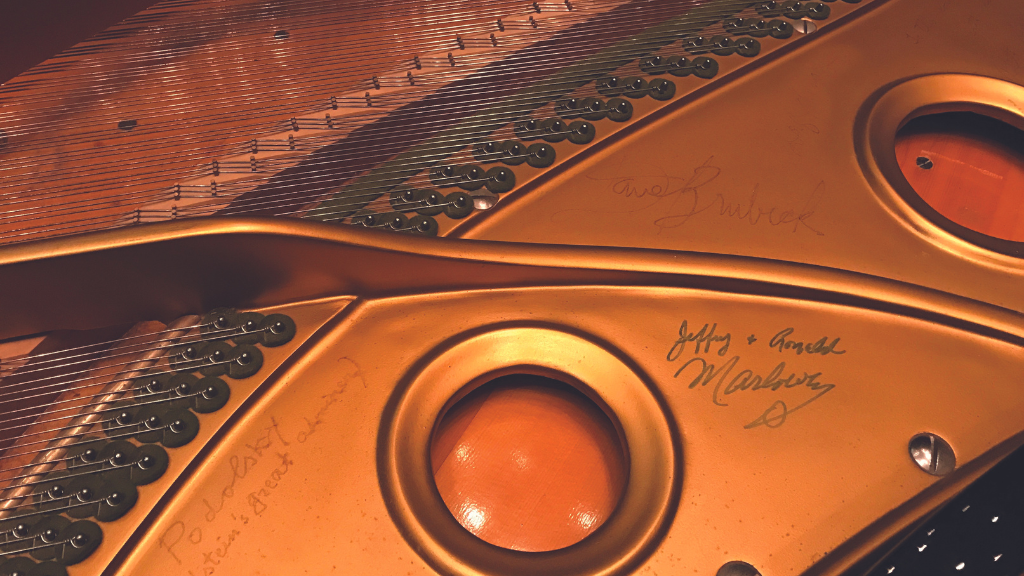 Did you know that one of jazz legend Dave Brubeck’s touring pianos is the rostrum grand piano for the Community of Christ Auditorium Conference Chamber?

If you lift the lid of the piano, you will see that Brubeck and his band members signed their names inside. In addition to this fun fact, we are connected to Dave and Iola Brubeck through the song, “God’s Love Made Visible!” (411 in the Christmas section of Community of Christ Sings).

The Hymnal Steering Team struggled to limit the number of Advent/Christmas songs in Community of Christ Sings to the current total of forty-six. We knew from the online survey of our past songbooks that people dearly treasured Christmas songs.

Singing is such an important part of celebrating Christmas.

It felt like few Christmas songs from our wider Christian heritage could be omitted without causing upheaval. In addition, many new Christmas texts and tunes were submitted by Community of Christ authors and composers and others outside the denomination.

We asked ourselves, “In a hymnbook of about 650 songs, how many should be in the Advent/Christmas section?” We initially aimed for about thirty. As you can see, we exceeded that limit! Singing is such an important part of celebrating Christmas.

Among the new songs is “God’s Love Made Visible!” It was written in 1975 by Dave Brubeck as part of La Fiesta de la Posada—a Mexican Christmas festival. Originally this song was not included in his composition. He shares that when he told his wife that “Posada” was finished, she informed him it wasn’t complete. “What did I leave out?” he asked. And Iola said, “God’s love made visible! He is invincible…” So, Dave added Iola’s text.

Iola was editor or lyricist for much of Dave’s music through the years. They were married seventy years. Dave died in 2012 and Iola in 2014; both were in their 90s.

When people are given good music, they can grow spiritually….

Dave didn’t set out to be a musician; he initially majored in veterinary science. However, he quickly changed majors when the zoology department head said, “Brubeck, your mind’s not here. It’s across the lawn in the conservatory. Please go there. Stop wasting my time and yours.”

After college, as a draftee into the US Army, Dave volunteered to play piano at a Red Cross show and was such a hit that he was ordered to form a band—one of the Army’s first racially integrated bands. After his service, Dave organized a band to satisfy his need to perform the music he was creating. Iola had the idea for his band to tour campuses and concert halls around the country, and she became the concert manager. It was one of these tours that brought Dave’s band to Missouri and led to the church becoming beneficiary of his piano.

In 1959, African American bassist Eugene Wright became a permanent member of the band. When club owners or hall managers objected to presenting an integrated band, Dave canceled the concerts. He also canceled a television appearance when he became aware of the producer’s intent to keep Wright off camera. The band and Brubeck’s songs became popular, and his reputation grew. He eventually received awards, including the Kennedy Center for the Performing Arts honoree designation in 2009 from then-US President Barack Obama.

As a musician, Dave was a jazz pioneer with an unusual, inventive style. His music employs unusual time signatures (5/4 in the case of CCS 411) with contrasting rhythms. He also made definite connections between jazz and religion. This was surprising, even shocking to some—jazz in church? His simple response: “When people are given good music, they can grow spiritually….”

One of the reasons I believe in jazz is that the oneness of [all people] can come through the rhythm of the heart. It’s the same anyplace in the world, that heartbeat…

The Economist wrote: “Above all, they [other jazz musicians] found it hard to believe that the most successful jazz in America was being played by a family man, a laid-back Californian, modest, gentle, and open, who would happily have been a rancher all his days—except that he couldn't live without performing, because the rhythm of jazz, under all his extrapolation and exploration, was, he had discovered, the rhythm of his heart.”

Dave was quoted, “One of the reasons I believe in jazz is that the oneness of [all people] can come through the rhythm of the heart. It’s the same anyplace in the world, that heartbeat…”

It was that beat that caught the attention of the hymnal team as we sang through the songs submitted. This song is a definite departure from the European Christmas carol genre and one of several CCS songs in the jazz style. It is a modern Christmas challenge, full of rhythmic energy. It is complicated to play and sing, but so rewarding.

Not unlike the Advent of Jesus into the world 2,000 years ago and into our lives today, this song confronts our “comfortable” version of Christmas with an affirmative beat—God’s love is made visible again in 2022. 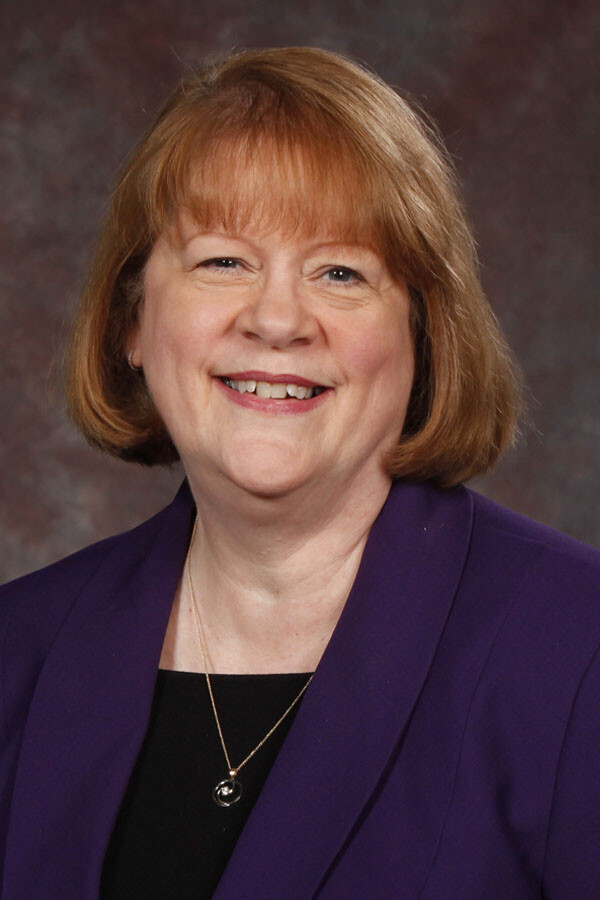 Jane M. Gardner is Presiding Evangelist for Community of Christ.

Jane received a master of science in education from Northwest Missouri State University in Maryville and a bachelor of arts with a major in music education from Graceland College, Lamoni, Iowa. Jane is also a certified computing professional.

She worked in Iowa in business management positions, and was president of a reinsurance software subsidiary.

Community of Christ has 250,000 members in more than 60 nations. The church’s mission is to “proclaim Jesus Christ and promote communities of joy, hope, love, and peace.”