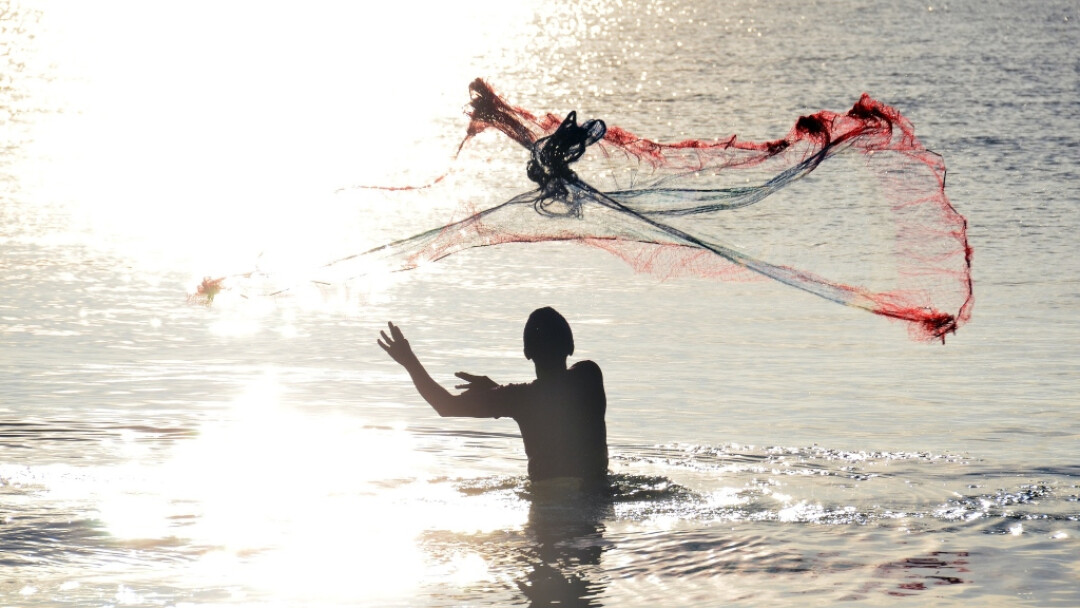 Now when Jesus heard that John had been arrested, he withdrew to Galilee. He left Nazareth and made his home in Capernaum by the sea, in the territory of Zebulun and Naphtali, so that what had been spoken through the prophet Isaiah might be fulfilled:
“Land of Zebulun, land of Naphtali, on the road by the sea, across the Jordan, Galilee of the Gentiles—
the people who sat in darkness have seen a great light,
and for those who sat in the region and shadow of death light has dawned.”
From that time Jesus began to proclaim, “Repent, for the kingdom of heaven has come near.”
As he walked by the Sea of Galilee, he saw two brothers, Simon, who is called Peter, and Andrew his brother, casting a net into the sea—for they were fishermen. And he said to them, “Follow me, and I will make you fish for people.” Immediately they left their nets and followed him. As he went from there, he saw two other brothers, James son of Zebedee and his brother John, in the boat with their father Zebedee, mending their nets, and he called them. Immediately they left the boat and their father, and followed him.
Jesus went throughout Galilee, teaching in their synagogues and proclaiming the good news of the kingdom and curing every disease and every sickness among the people.

While scholars disagree about who the author of Matthew was, there is general agreement the book was written by a Jewish writer for a Jewish audience in the last quarter of the first century. This is significant for two reasons as we examine today’s text which marks the beginning of Jesus’s earthly ministry.

First, the author points out that Jesus, after hearing of John’s arrest, leaves Nazareth—a Jewish community—to make a home in Capernaum, which is also in Galilee. Jesus’s move fulfills Isaiah’s prophecy about the Gentiles seeing “a great light.” Such a connection to the Hebrew Scriptures is the writer’s way of saying to the Jewish audience, “You need to pay attention to the rest of this story.” Besides fulfilling prophecy, this account communicates that Jews were not the only people invited to this adventure with Jesus.

According to the text, Jesus calls Peter, Andrew, James, and John to go with him and they “immediately” leave everything to follow Christ. Some say the fishermen sensed the divine in Jesus and couldn’t resist him. Others think these new disciples also may have sensed Jesus’s expectation for them to respond quickly and completely because the message of the kingdom on Earth was so important.

In some of the other Gospels there are similar examples of the expectation for an immediate response. It appears the authors wanted to express the urgency Jesus felt to have active disciples reach out to as many people as possible while striving to live the kingdom of heaven on Earth.